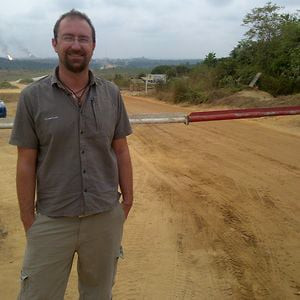 I graduated in scenography at the Accademia di Brera in Milan and in scriptwriting at the Civic Cinema School in Milan.
In 2003, with Michele Lipparini, I directed a documentary titled "Ortometraggio" about the military gardens of Milan; the project won the funding from FILMMAKER.
In 2004, I directed four diverse documentaries on ‘artistic Italian beauty’ for the 4th Solaris Network.
In 2005, with Mauro Colombo, I created and directed a documentary titled “City of Light - A Psychedelic Story.” It traces the history of the psychedelic musical scene in San Francisco from the 1960s to the present.
In 2006, I created and co-directed 2 Discovery Channel documentaries on dangerous jobs.
In the same year, with Gaia Chiti Strigelli and Paolo Cognetti, I completed three documentaries in Somalia on the “Life of a Refugee,” a project funded by the Danish Refugee Council.
In 2010, I did the documentary "The Unstable Sound of Freedom" with Marco Bergamaschi on the largest Italian jazz band: The Italian Unstable Orchestra. It played in the Palestrina Cinema in Milan and in 7 other Italian cinemas.
Since 2011, I have been working with various production houses for corporate and promotional films.
Since 2013, I have directed some web-based videos for clients such as Cepu, Esselunga, Unipol.
In 2016, I directed the "Missione Green" TV program that was hosted by Gaia de Laurentiis, made for Bosch and aired on Mediaset.